The Value of Truth and Trust in an Uncertain World 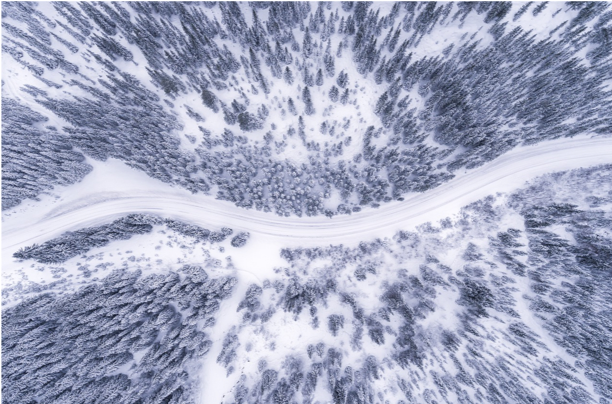 Two key themes have emerged after the recent management upsets at Abraaj and Drake & Scull – with ramifications for senior executives who communicate with investors. First, investors are placing more emphasis on the truth. Second, investors are increasingly concerned about the level of trust they can place in regional management teams.

If there is one element that is critical for business to thrive, and without which doing business is impossible, it is trust. The cases of Abraaj and Drake & Scull (DSI) demonstrate once again that, when investors’ trust is lost, the business can be fatally wounded. In their heydays, both companies were perceived as regional champions. Riding the wave of the GCC boom of the late 2000’s, Abraaj and DSI, in their own ways, became the poster children of the “Arabian Dream”: bold, successful businesses, the companies were home-grown champions, taking on and beating the best in the world.

Magnets for talent, companies like these seemed to point the way to a sustainable future for local economies: excellent execution delivered by talented management, generating profits for investors, and playing an active role in building a modern Arab society.

So how do we make sense of their downfall? And, more importantly, how do investors and markets position themselves to protect against this type of collapse in future? The place to begin is with the truth: what actually happened? Unfortunately, finding the truth is not as straightforward as it used to be.

The preferred source of explanation and interpretation of events of the past three hundred years or so – the media – has changed beyond recognition. The economics of media ownership have fractured, so that many newspapers now lose money, movies turn a proper profit only if they can sell merchandising, and TV schedules are unknown to the new generation.

And while trust in the media has been deeply undermined in recent times by the perception that editorial independence is under threat by commercial and political agendas, the erosion of the role of the media began many years ago, driven in large part by technological advances and the consequent changing behaviours of consumers. Can we really trust the media to give us the Truth any more?

The same question mark hangs over the notion of Truth in capital markets: Once upon a time, the investor response to uncertainty was simple: sell cyclicals, buy defensives. With an economic slowdown, out would go the tech, real estate and banking elements of a portfolio, and in would come utilities, household goods, and gold.

Today, however, technological advances mean that these old rules no longer apply. Some estimates put the volume of automated trades on the New York Stock Exchange at 90%. Sectors exist today that were unheard of just twenty years ago: 3D printing, robotics, and nano-technology, for instance. So it is not surprising that in this changed and automated investment world, new rules must be found to make sense of the markets, to get to the truth.

And this is where the media and investment worlds collide. Both live or die by their ability to tell the truth. The media should reflect the truth; markets should place a value on it. Both have undergone profound change through technological advances; both have seen their economics and business models upended.

But these seismic changes have, if anything, made truth and trust even more important. Markets and media retain crucial roles in society, and their requirement for truth is as strong as ever.

The travails of Abraaj and DSI have underlined the worth of the media: The collapse of Abraaj may have gone unnoticed if it had not been for a tenacious international media uncovering the truth. Their efforts have informed the actions of regulators, investors, and the judiciary. DSI would probably not be undergoing a root and branch restructuring were it not for media revelations about its financial weaknesses.

Today, what is left of Abraaj is on the verge of being sold, while DSI’s shares may never recover, both examples of the consequences of trust disappearing due to truth being sacrificed.

Meanwhile, on Wall Street, markets continue to rise, and if that continues into 2019, it will mark the longest unbroken bull market in history. Unperturbed by shocks to the established world order (Brexit, trade wars, global conflicts), investors perceive future value in quoted US companies, and the markets are responding accordingly.

What lies behind this trend is a trust in the truth. Investors believe what companies are telling them about their business and their outlooks, and are assigning valuations accordingly.

Truth lies at the heart of valuation. Investor trust is the most important driver of the market. When companies lie to markets, and more specifically when they are found out, they are punished.

Abraaj and DSI are local examples. But of course there are global examples too: When Carillion collapsed, management tried to place the blame anywhere but in their own Boardroom. GE has seen its valuation shrink because markets discovered that its relentlessly rosy view of the future was untrue. Facebook is having to reinvent itself because it tried to conceal an important element of its business model: personal data sales.

In each case, when the company departed from telling the truth, the markets re-valued their worth: Carillion’s failure was caused by the greed of its management. GE was shown to be facing many more headwinds than it admitted to, but its CEO’s “Success Theatre” masked the rot at the company. Facebook gladly allowed itself to be used by political campaigners.

Listed companies have an important role to play in bringing order and helping investors to make rational judgements. Whether from the media, a company earnings announcement, a regulator or an investor, trust remains the most precious commodity, and our business leaders must play a key role in telling the truth in an uncertain world.