Customers Can Be The Best Shareholders 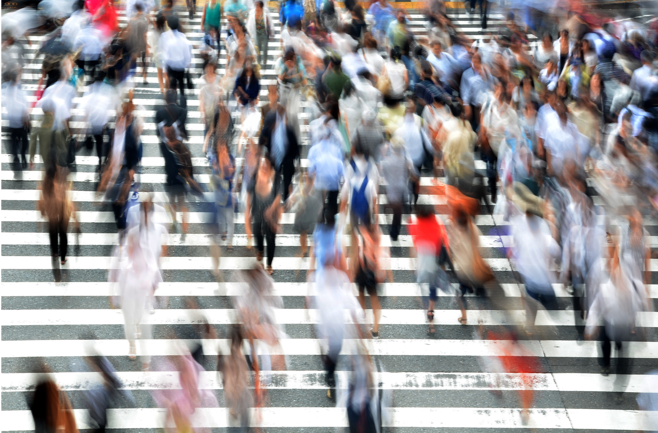 Sometimes, a company’s most loyal and supportive shareholders are found much closer to home than expected.

Some companies can boast a large number of investors who not only know and understand the business, but importantly have personal experience of it, trust the management, and act as passionate advocates. They are shareholding customers, and they really can be the best ally that the Investor Relations team could wish for.

Two illuminating examples of the customer-as-investor bonus have played out in the UK in past two weeks: Monzo, the UK smartphone-based bank, announced it had raised GBP20 million through crowdfunding – in under three hours. The 33,500 investors who put up the cash were all customers: the digital bank ran the offer exclusively for customers, but at the same price as a recent institutional fundraising.

Monzo is, by some measures, the fastest-growing bank in the UK. It has grown rapidly by capitalising on disenchantment with traditional banks and a growing desire among young people to manage their finances on their mobile devices rather than in a branch or by talking to someone in a call centre. It is signing up 18,000 customers a week and aims to reach as many as 4m customers in the next couple of years. Monzo is now valued at over GBP1 billion.

Another recent issue followed a similar model. AJ Bell, the online broker-dealer, completed its IPO last week, and saw its share price soar by 35% on its first day of trading as a listed company, having offered its customers the chance to take part. Thousands of customers liked the business so much as clients that they wanted to be investors, too. Demand was so intense that they had to be scaled back.

These examples enjoy a customer relationship which is the envy of more seasoned businesses: Their customers love using them, and take every opportunity to tell anyone who will listen about how wonderful the user experience is. Their customers, in the marketing jargon, are brand advocates. And when they become owners of the brands they love, they take that relationship to a new level.

Music-streaming service Spotify performed a similar trick with its IPO last year, when it spurned the underwriting model and instead opted for a direct listing, inviting investors to engage directly with the company for its IPO. Although Spotify subscribers were given no special treatment, the message was clear: we want investors to have direct access to the firm, not to have to go through banks whose only motivation is the size of the fee.

Now the model is expected to be taken to a new level, as several hugely popular Silicon Valley firms filed for IPOs in the last few days, rekindling memories of the dotcom boom of the late 1990s.

Uber filed papers with the US Securities and Exchange Commission to kick-start a share offering that could value it at $120bn. Lyft, which is expected to fetch a valuation of about $15bn, did the same just a couple of days before. Among other household names expected to float next year are Airbnb, which is worth more than $30bn.

The deals highlight what is shaping up to be a historic year as Silicon Valley parties like its 1999. At the peak of dotcom mania in 2000, 238 technology companies raised $39bn through public share offerings. Even allowing for inflation, the current crop dwarfs that figure, indicating the huge increase in scale of the private capital that is now deployed to support privately-held companies.

By going public, these companies will have access to even larger pools of capital and a wider shareholder base. The likes of Uber, Lyft, and Airbnb have another advantage from going public: they can open the door for their loyal customers to become shareholders. Whether they encourage this, and opt to put their trust in their customers rather than Wall Street underwriters remains to be seen.

The current wave of IPOs is marked by another dimension: it takes place during a time of high volatility in technology share prices. The market appears to be undergoing a correction, with the Nasdaq Composite down more than 12% from its 2018 high, as investors fret over the end of the longest bull run in history. Most forecasters predict more volatility ahead in 2019, and buying into technology IPOs would appear to be only for the brave. The 1999 party ended with a huge hangover.

It is at times of uncertainty and volatility when the customer shareholder can be most valuable. The relationship they hold with the issuer is far deeper than any institutional investor or index fund. They are more likely to buy and hold for the long term, to reinvest any dividends in the stock, and to take up any future rights issues.

But the virtuous circle is not guaranteed: customer shareholders require something in return for their loyalty. They expect fair treatment, personal service, and other rewards. When companies forget this, the punishment they face from customer attrition is rapidly echoed by the capital markets. Facebook is an example of a company that has lost a huge amount of goodwill by forgetting this unwritten compact with its customers: By appearing to sell out its customers’ privacy for profit from interest groups, the platform has forfeited the special bond of trust it once held with its customers, and this has been rapidly followed by a trust deficit with regulators, politicians, and advertisers. Its stock price has lost around 25% this year.

The likes of Monzo, AJ Bell and Spotify show that, even in the most tempestuous conditions, customers can be a beacon of stability. Facebook shows that trust and stability must be nurtured, and can be easily lost.