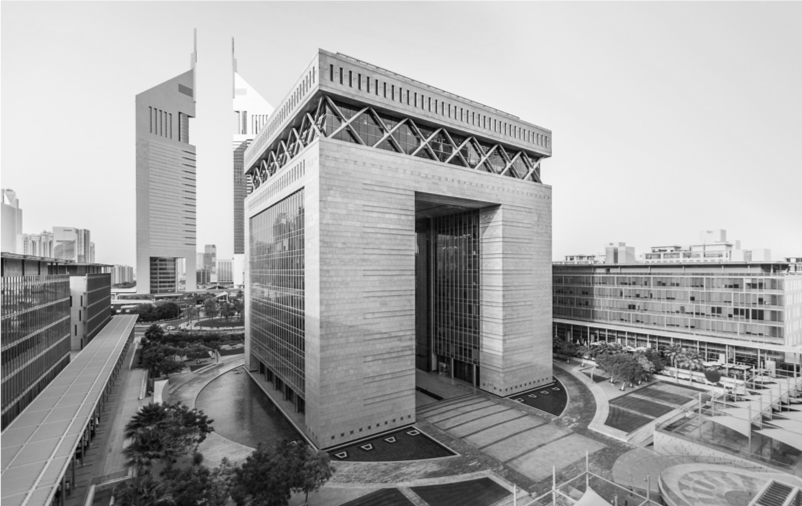 A major milestone was reached last week, with the 50th year of service of His Highness Sheikh Mohammed Bin Rashid Al Maktoum, Vice President of the UAE and Ruler of Dubai. Sheikh Mohammed is one of the world’s most energetic, visionary and popular leaders, having been personally responsible for the creation of much of what is the Middle East’s most advanced, open and prosperous state. Tributes and congratulations poured in from around the world, as the emirate celebrated his achievement.

And on the eve of the anniversary, Sheikh Mohammed made another major announcement: the Dubai International Financial Centre is to be tripled in size, adding another 13 million square feet of space to the centre.

This would seem to be the action of a confident, prosperous and secure state. Having broken new ground in the region with the creation of DIFC in 2004, Dubai is the de facto financial centre of the Gulf. Other regional financial centres have arisen to replicate the success: Bahrain, Qatar, and Abu Dhabi have all established similar financial services free zones, but none has matched the success of Dubai.

And yet the mood in the DIFC is not always as optimistic as the announcement would appear to show. After a hint at a return to normalised (and profitable) levels, the oil price has tumbled again to below $60 a barrel, far below the break-even point of most GCC providers. Memories of the slowdown in 2014-17 are still fresh, and while economic forecasts remain in positive territory, the pace of growth is predicted to be subdued in 2019 and beyond.

So why choose this moment to announce a huge expansion and investment? There are a number of logical reasons, and one major counter-intuitive reason.

On the logical side, the Dubai story remains strong. As the service hub for the region, Dubai’s role needs to be nurtured with investment and constant modernisation. The emirate has proved remarkably successful in areas such as e-government and fintech, and it is expected that the DIFC expansion will include the most cutting edge technology.

From a capital markets perspective, an expansion of the financial services centre just as several regional bourses join Emerging Market indices is logical too. More global investors and all the infrastructure they bring will be arriving in the region soon.

But the counter-intuitive factor is perhaps the most compelling. Dubai has made high ambition its hallmark. When Sheikh Mohammed’s father, Sheikh Rashid bin Saeed Al Maktoum, built the port facility at Jebel Ali, most commentators thought he had over-reached. Why would a tiny desert statelet require one of the largest commercial ports in the world? And why place it out about 50 kilometres from the city? But he was proved right, and the motto of “Build it and they will come” has been applied many times since. Dubai Mall, Dubai Airport, Emirates Airlines, The Palm and Burj Khalifa are all success stories that were initially greeted with the scratching of heads.

And now Sheikh Mohammed has reached for the Dubai playbook once again. In the midst of a real estate slump, intense geopolitical challenges, and economic uncertainty, he has announced a huge expansion of the financial jewel in Dubai’s crown. Once again, sceptical voices have been raised, casting doubt on the logic of the move. But betting against Dubai’s ambition has proved to be an error in the past, and it may again prove to be a mistake.

So how should investors respond to the announcement?

Dubai’s stock market has endured a torrid time. It was among the world’s worst-performing markets in 2018, making shareowners around 25% poorer in twelve months. But Dubai’s financial centre is not actually a Dubai story at all. It is a hub for capital, and for the services that manage and deploy that capital for the whole region and beyond.

When the DIFC was launched, more than a decade ago, the chief criticism was that it was no more than another real estate play in a city full of speculative developments. But what DIFC has developed into is the Wall Street of the Gulf, the place of work of more than 20,000 professionals and home to more than 2,000 companies. It has become the established capital-raising and capital-servicing centre for a large part of the world, taking in Africa, Central Asia, and Eastern Europe as well as the Middle East.

Our guess is that this trend will continue, and that “DIFC 2.0” as the expansion is known, will continue to dominate the financial sector of an ever-larger sphere of influence. This is good news for the whole region. The region’s attractions will return once the current uncertainties have subsided, and investors will want to participate in the GCC story.

And when that tide turns, DIFC will be the magnet that attracts them, as was the case in the 2000’s. This is going to be good news for all markets in the region: it will help deepen the investor base, raise the standards of operations, and will be another factor driving the imperative for companies to invest in first-class investor relations.

DIFC 2.0 is part and parcel of the wider regional capital market story. And it is a story of long-term growth and opportunity.