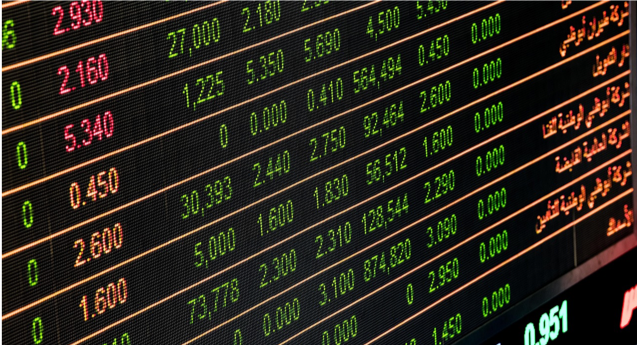 The word trillion has a longer history than you might think. First coined by French mathematical genius Nicolas Chuquet in the 15th century, it refers to the third power of a million – or 1,000,000,000,000. Rarely used until the 1980s, trillion has now become commonplace in financial parlance, as economic growth and inflation have made the numbers we use to measure our world larger. Today, trillion is a widely understood concept, with national economies and even some companies (Amazon, Apple and Saudi Aramco) given trillion-dollar values.

This week, the world’s largest sovereign wealth fund (SWF), with more than $1 tn in assets under management, published its second quarter financial performance. The report reflects the issues and opportunities for investors the world over, and gives a vote of confidence for the public equity markets. The Government Pension Fund, managed by Norges Bank Investment Management, is astonishingly large, owning around 1.4 percent of the value of all listed companies in the world. Although it is one of the world’s main bond and real estate investors, the fund is majority invested in equities – and that majority just became larger.

The report shows that the fund has expanded its exposure to equities, rising from 66.3 percent of its holdings at the end of 2018 to 69.3 percent at the end of June 2019.

This is significant: when the world’s largest investor loads up its portfolio with equities amid global volatility, it is either making a costly mistake or a shrewd bet. And Norway’s fund has a patchy record in this regard: it increased its equity holdings in 1998, immediately prior to the dotcom crash, and again in 2007, immediately prior to the financial crisis. Cynics might say that, on past performance, now is the time to sell equities.

But the Norwegian fund is unlikely to be troubled by such short-term market sniping for one simple reason: it measures success not in calendar quarters or years, but in decades, even centuries. And it is this factor that overrides all other considerations, and which has seen the fund deliver a steady return of around 4 percent to 5 percent every year since its inception in 1996, after costs, currency and other fluctuations are removed.

It is noteworthy that, for a long-term strategy such as this, the portion allocated to fixed income is relatively low. Instead of the certainty of steady returns on a bond portfolio, the fund takes the view that equities will deliver stronger risk-adjusted gains.

The extraordinary bond market we are seeing at the moment is reflected in the fact that bonds gave a slightly higher return than equities in the half year (3.1 percent vs 3 percent) and that around a quarter of Norway’s fixed-income investments are now in negative-interest securities; in other words, the fund is having to pay to hold the paper.

The report acknowledges that current market volatility and recent currency fluctuations have taken their toll. But there is a profound message for investors from the success of Norway’s huge fund.

Investing in equities has, in recent years, become so unpopular as to be an almost contrarian trade. The huge rise of private equity – as opposed to public – is well documented. There is a marked trend of companies de-listing from the public markets to go private. The burden of a public listing has increased hugely. Indeed, in the Gulf, the SWFs have been highly active in the private equity markets for some years, reflecting the perceived superior returns to be had there.

Yet here is a conservative, long-term, responsible investor allocating the majority of its portfolio to this out-of-favor asset class, and indeed growing that allocation. And it is fair to say the results of this conviction speak for themselves.

Equities have served investors very well for several centuries. Norway believes they will continue to do so for centuries more. And what the Norway conviction also shows is that there is always a strong institutional appetite for the right investor story. Listed firms should take note, and stay loyal to public markets.