FinTech to disrupt IR in the banking sector 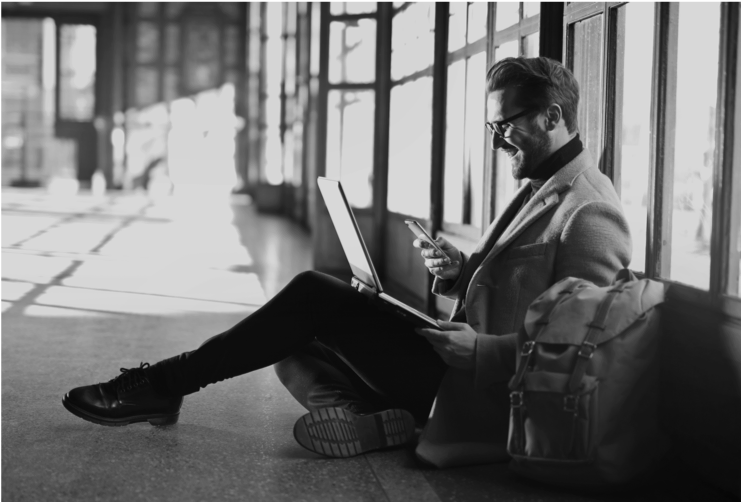 While investors were hailing new records being set by the S&P 500 and the FTSE, an intriguing news story emerged that may have major implications for the banking sector – and provide a new risk for investors.

Ferratum, a mobile-based bank, listed in Germany but originally from Finland, announced it had signed a deal with Thomas Cook, the venerable UK travel operator. The two firms have partnered to offer the world’s first mobile banking app designed for holidaymakers.

Known as “Sumo”, the app provides a multi-currency account that comes with an intelligent contactless debit card. The card identifies the local currency, and allows the user to make payments and withdraw cash without incurring fees or transaction charges. The card is either pre-paid or the sums are borrowed – but the customer is always in complete control.

Sumo also features regular savings products to pay for holidays, and the ability to transfer money to friends and family by SMS. With an initial launch in Sweden, Sumo will roll out across Europe – including the UK – in 2018.

So why is this big news for banks and their IR teams?

Because it directly threatens the huge profits they make. An example of this is the income generated from foreign exchange rates and the fees imposed on transferring money: Societe General, the French lender, booked almost $2 billion in revenues from FX transactions and financial derivatives in 2017. In our region, FAB disclosed FX and investment income of $705 million in 2017.

Of course, these numbers conceal a multitude of different trades, customer groups, and risk levels. They are obviously not only from consumers spending holiday money. But although the details are not disclosed, the retail portion of these FX and money transfer profits are likely to be material. And the arrival of new technologies and partnerships, such as that between Ferratum and Thomas Cook, could lead to the rapid disappearance of this revenue stream from traditional banks as customers vote with their feet to stop paying the fees and exchange rates that deliver such high profits to the banks.

Add to this trend the increasing appetite for governments and regulators to seek to curb “excessive” profits, and clearly no bank can take this revenue stream for granted.

The Ferratum/Thomas Cook deal is, of course, part of the broader FinTech trend whereby small, technology-led companies are taking aim at the most profitable parts of banks’ business models.

Banks are already fighting back against the disruptors. Many have made acquisitions to accelerate their new technology capabilities; others are partnering with FinTech companies to realise mutual benefits, or actively joining common platforms that seek to spread best practice.

Banks make up a large part of GCC stock markets. FAB alone represents over 30% of the valuation of the Abu Dhabi Securities Exchange. And the trend we have seen in western markets, whereby incumbent banks are shunned by investors in favour of the nimbler, smaller, and more focused disruptors, is likely to arrive at the GCC’s shores – if it hasn't already.

For IR professionals in the banking sector, this represents a major challenge, but also an opportunity to shine. Perhaps the most important element to get right is to foresee the threats before they become real, and to explain to investors how the bank is preparing to mitigate them.

But in order to do so, the banks need to be taking management decisions and action that demonstrate that they are serious. Unfortunately, many GCC banks’ approach to customer service is still characterised by putting the customer second to profits. The absence of any alternative is what has built up these levels of profitability from FX and transfers.

FinTech has changed this model. As the Ferratum/Thomas Cook deal demonstrates, retail clients now have a meaningful, more efficient, and cheaper alternative, and every customer that opts to buy this service creates a cut in revenue for an incumbent bank. The speed at which consumer behaviour changes in our online world means that banks may suffer a major hit to their top line before they are even aware of the threat.

The IR function plays a crucial role in navigating this risk. Through regular contact with analysts and investors, and through ongoing market analysis, IR (along with senior management) needs to be not only flagging these risks, but proposing solutions.

In truth, of course, the solution resides with the CEO and the Board, but investor relations can play a major role. The environment in which banks operate has changed: Regulation and technology have seen to that. Management and IR need to adapt, to change their mindset, and to take concrete steps to address this new world. And IR can be both the advance warning of the new risks, and a signpost to the solution.