Forward to the Past: The Decline and Fall of Deutsche Bank 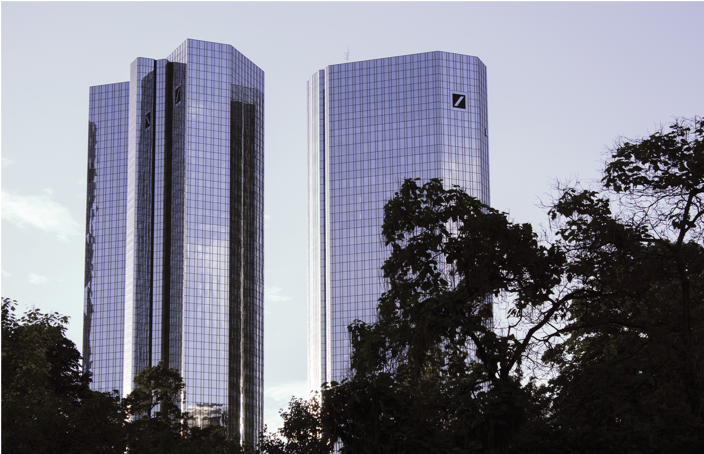 Deutsche Bank announced a strategic change of direction last week: a complete withdrawal from the equities business, 18,000 job cuts, $6 bn of cost-cuts by 2022 and a fundamental refocus of its business toward its traditional customer group.

Desperate times call for desperate measures, and Deutsche has muddled through the decade since the financial crisis with only modest reforms at the edges and no credible vision for the future. The bank’s market capitalization reflects this rudderless decade: from more than $40 bn in July 2009 to $15 bn this week.

Add in assorted massive regulatory fines the bank has received for various conduct shortcomings, and the scale of shareholder value destruction is apparent.

CEO Christian Sewing’s plan represents the kind of radical action that is needed to stop the rot. His move marks the end of a 20-year attempt by Deutsche to become the Goldman Sachs of Europe. Now it has admitted defeat.

Doing all the right IR

From an IR point of view, Deutsche has done all the right things. It has taken decisive action, and consulted and kept shareholders informed as the plan has taken shape. And it ensured maximum awareness and attention by making its announcement on a Sunday, before briefing analysts and investors on Monday.

What really stood out in the investor presentation, however, was not the radical change program, nor was it the scale of the numbers involved. The most surprising thing was the attitude and language of remorse and regret adopted by the CEO and CFO during the presentation.

Some of Sewing’s sentences serve to illustrate the point:

And the slide title for the strategy presentation was entitled ‘Focus on Unresolved Challenges’.

What makes this mea culpa even more surprising is that it runs counter to Deutsche Bank’s culture: an arrogant and aggressive approach to business that sat uneasily with many Europeans. Ultimately this culture was a failed experiment.

Rules of the game

So when the CEO of Deutsche Bank asks for forgiveness from shareholders, clearly the rules of the game have changed.

The market’s response to the transformation announcement has been negative: after an initial jump in the share price, it has reverted to a decline, suggesting investors are underwhelmed by the announcement.

But there is another explanation – and it is far deeper and more existential: Deutsche’s new strategy is not so much a change program but more of a complete reinvention of the bank and a wholesale ditching of the corporate culture of the last 20 years.

The new Deutsche will essentially become a bank for German international corporates: it will serve the Mittelstand, that legendary and hugely successful block of small and mid-sized companies that drives the German economy. Deutsche will largely be returning to its roots. As Sewing said: ‘No German bank is as global as we are, and no global bank is as German as we are.’

Once the extent of the strategic change had sunk in, analysts raced to cut their outlooks. Here is a bank that has said goodbye to ambitions for rapid growth. Huge execution risk has been unveiled that may yet derail the transformation.

The outlook appears to be slower, safer and more familiar. The entire strategy is built on competing in areas of traditional strength, not trying to compete in areas where Deutsche has no advantage or heritage.

And here is the significance of Sewing’s apologetic presentation: he was essentially apologizing for the last 10 years of the bank’s strategy, admitting that it had served nobody well. Only by making this very public act of contrition could he then ask investors, colleagues and stakeholders to follow him in a very new direction. Not so much ‘Back to the future’ as ‘Forward to the past’.

The bank has moved swiftly. While Sewing was delivering the presentation, hundreds of colleagues were being made redundant and escorted from their offices, their possessions in boxes.

Only time will tell whether the decline of the share price is unfair and unrealistic. Deutsche is moving to a future that is familiar, and reoccupying the scene of 150 years of success.

It is closing the door on a chapter that has been disastrous. If the strategy can be executed decisively, on time and on budget, investors should welcome the change. A corporate bank may not be as racy and exciting as an investment bank, but nor does it carry the same risks or potential to meet regulatory censure.

Deutsche Bank shareholders now own a very different company from the one they bought. And the fact that it has been heralded with an apology is the most telling indicator of all.

Forward to the past, indeed.