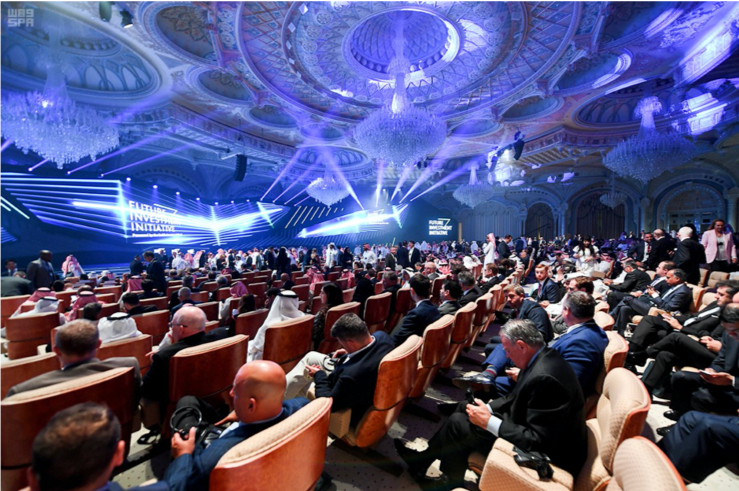 As the world’s leading figures in finance and business gather in Riyadh for the annual Future Investment Initiative conference this week, it is timely to reflect on the reasons why this event has become such a magnet for the world’s biggest financiers, just three years after its inception.

Attendees at the event in Riyadh read like a who’s who of the industry. CEOs and chairs of the world’s largest financial firms – the hands on the rudder of the global economy – will gather in the largest numbers ever seen in the Arabian Gulf.

The impressive attendee list is not a coincidence or a fluke. Saudi Arabia has changed fundamentally and continues to change. The country’s social, economic and financial reform program, Vision 2030, has already delivered some headline-grabbing initiatives: Women given the right to drive, the reopening of cinemas, international stars performing to sellout crowds and the launch of visas for tourists to visit the Kingdom are all rightfully acknowledged as major societal changes.

But it is in the capital markets that perhaps the most radical change has taken place.

The promotion of Saudi Arabia to emerging market status by the world’s leading index providers, the highly successful entry of the sovereign into the international bond markets, and the upcoming initial public offering (IPO) of Saudi Aramco are the headline events that have made 2019 another seismic year for the country; but other elements have contributed just as much.

2019 has seen a string of events which demonstrate the rapid maturing of the Saudi Arabian capital markets. The largest bank merger in the country’s history was successfully completed with two listed banks, SABB and AlAwwal, successfully combined; Saudi Aramco’s bond issuance in April attracted over $100 billion – the largest ever commitment for an emerging market issue; and the upgrade of the Kingdom to the MSCI and FTSE Emerging Market indexes attracted some $20 billion in foreign fund inflows.

Still to come is the world’s biggest ever IPO, when Aramco partially lists on the Saudi Stock Exchange (Tadawul). The country’s regulators, banks, brokers, and dealers are all preparing for the arrival of the world’s most profitable company on the local exchange.

While the Aramco listing represents perhaps the biggest-ever challenge for the market, the depth of recent reforms and the prize of Vision 2030 encourage optimism. And underneath these headline events, the backdrop and business environment in the Kingdom has undergone a fundamental shift.

Public companies in Saudi are now delivering a level of disclosure and transparency that was unheard of just a few years ago. Al Rajhi Bank, the world’s largest Islamic bank, has been recognized as the best corporate for investor relations in the Middle East, according to the Middle East Investor Relations Association (MEIRA). The bank is also the first regional bank to produce a standalone ESG investor presentation.

The country’s regulators have also successfully adopted the playbook of the world’s best in building an appropriate capital market infrastructure. It is this new world-class business environment that will ensure the success of Saudi’s capital markets.

International investors have discovered a marketplace that they can understand and trust, and the transition of Saudi Arabia as a destination for global capital is assured. Add the presence of Saudi Aramco to this mix, and the fundamental reinvention of the Saudi capital markets is obvious.

Of course, not everything is perfect, but reform is a multi-year process, and the Kingdom has taken the necessary first steps to take its place at the top table of capital markets participants. We can expect more reform and change in the years ahead.

Which brings us back to the Future Investment Initiative. The themes under discussion at this year’s event focus on the future: ‘Solving the unsolvable: How investors and entrepreneurs can advance the movement toward “deep tech”’; ‘The she economy: Challenges and opportunities of moving towards a more inclusive workforce’; and ‘Stories from tomorrow: How will strategic investments accelerate the adoption of AI?’

This forward-looking vision, coupled with world-class capital market infrastructure and successful institutionalization, make it obvious why the leaders of the world’s finances want to be in Riyadh this week. The Kingdom is truly entering a new phase of its history. They want to participate in the future.