MEIRA Conference: IR Comes of Age in the Middle East 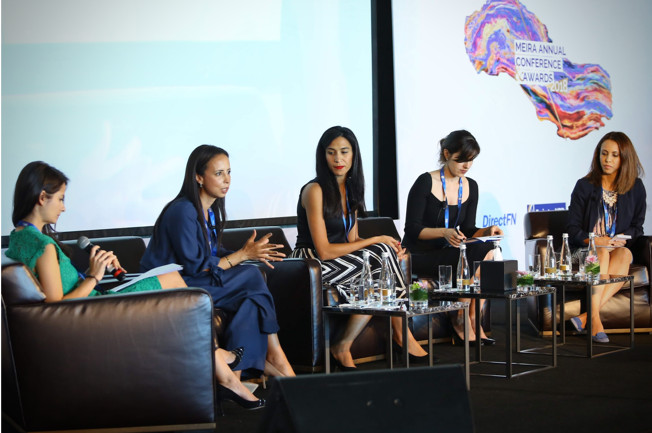 The Bulgari Hotel and Resort in Dubai is precisely what you would expect of a five-star resort in a five-star destination: luxurious elegance and stylish sophistication. And when the Middle East Investor Relations Association (MEIRA) needed a statement venue for its 10th anniversary conference, the Bulgari delivered.

Ten years ago, I was one of the founders of MEIRA; I served on the board for eight years, including a stint as chairman from 2014 to 2015, so if this review betrays a sense of parental pride for MEIRA’s achievements, I make no apology.

There is no question that the industry has grown over the past decade, and at times the event was a celebration of the rapid adoption of IR in a fast-growing region. The IR awards winners were among the most deserving yet, the standard of speakers and panelists was excellent, and they spoke to a full house of IR professionals.

And yet many of the issues faced by the regional IR industry in 2008 have not gone away. Perhaps the greatest difference from those early days, however, is that speaker after speaker was able not just to cite an issue or a challenge, but also to identify a remedy and – most importantly – point to a solution.

The first point is best illustrated by some hard facts presented by Mohamad Al Hajj, strategist at EFG Hermes Research:

By any measure, these are game-changing numbers. But for GCC companies, this is no guaranteed bonanza of new capital inflows. On the contrary, the choice faced by investors as the EM universe has expanded means they have become much more selective, with average holdings of active managers falling from 150-200 stocks to around 100 stocks in recent years. Add to this trend the Mifid II-led decrease in analyst coverage and you have the strange situation of more capital looking for opportunity, but with fewer signposts to guide it.

There are few levers for companies to pull to address this mismatch, but one that is entirely within their control is investor relations. One of the panel discussions pointed out that 40 percent of European companies hold 100-200 investor meetings per year; in the Middle East and North Africa (MENA), this figure is less than 10 percent of companies. Investors can buy only what they can see. If companies are not talking to potential investors, how can they see you?

The second theme was brutally summed up by Amélie Thévenet, a fund manager with Jupiter Asset Management. ‘What is really annoying is the ‘ever-bullishness’ of certain companies,’ she explains. ‘I met a company that was ever-bullish and after two meetings I stopped talking to it – there was no value add for me. I got nothing from the meeting, so I stopped meeting the firm. A bit of PR is fine to polish up presentations, but by questioning the management we can immediately see through it. And when we see through the PR, the ever-bullishness and the spin, we blacklist the company, at least for a while.’

Paul Gay, CFO of Saudi consumer group Almarai agrees that many companies have been advised by PR agencies over the years and it is becoming increasingly clear there is a big difference between IR and PR – truth and spin. It is very dangerous to follow IR advice from PR consultants, he said: ‘Companies must tell the truth to maintain the trust of the investment community not only when the sky is blue, but also when it is gray.’

Regular, unspun disclosure is one of the first principles of IR, though many companies have yet to grasp this, it seems. But while these criticisms are well founded, there was also much to celebrate. MEIRA carries out an annual survey of the profession, which this year revealed that the function is increasingly well invested and well staffed, and practitioners hold a bright outlook.

Index inclusion was widely seen to be a game-changer. The majority of conference participants agreed that when the EM index providers included Qatar and the UAE, investors could still ignore the region. With the inclusion of Saudi and Kuwait, non-participation in the region is no longer an option.

And MEIRA chairman Andrew Tarbuck outlined an exciting time ahead, including Oman’s Muscat Securities Market making IR minimum standards mandatory from October 2018 (a move that brings it on par with the UAE), pending memoranda of understanding with the Bahrain Bourse and CFA Institute to foster education and training, and the appointment of Sofia El Boury, head of IR at First Abu Dhabi Bank, as vice chair of MEIRA.

But perhaps the most positive element to surface at the event was the third theme: the convergence of public policy, economic cycle and the capital markets landscape. These three rarely act in tandem, and yet today they are uncannily aligned.

The policy direction of travel across the Gulf is consistent: diversify economies away from oil, deepen capital markets, attract foreign direct investment and create employment for nationals. The macro trends are similarly benign: a stabilizing oil price means governments can relax some of the austerity measures that have stymied fiscal and economic progress since 2013, and technology is speeding the connectivity that drives global trade. Global investment trends, meanwhile, are also providing a tailwind for the Gulf: increased flows into passive EM funds, an ongoing search for yield and a thirst for strong reginal growth stories.

Put them together, and the Gulf’s markets should be flying. The fact that the speakers and delegates at the conference could point to some simple remedies was heartening: increase liquidity, improve disclosure, get boards to be serious about IR ¬– and stop spinning.

In spite of these challenges, the overriding feeling was that progress has been made, and will continue to be made. Salah Shamma, head of investment for MENA equities at Franklin Templeton, has been on the buy side looking at GCC markets since 2001. He said: ‘The whole IR function has been validated. Transparency has been validated. Companies that provide better transparency and have a strong IR function also tend to trade at a valuation premium against companies that do not.

‘The proof is in the pudding, and that entire model is validated. As investors, we are putting companies under pressure. We are searching for good investment ideas that also help us sleep better at night. And we are willing to pay a premium for good IR and disclosure.’

I left the event wondering why only a fraction of listed companies attended and have still not woken up to the value and importance of IR. On reflection, I believe the region has moved on from the ‘awareness’ phase of IR maturity and is now clawing into the ‘commitment’ phase. Next, of course, is the ‘engagement’ phase, where IR becomes embedded in the DNA of listed firms. We’re not there yet, but the momentum is with us – the next decade promises to be just as interesting as the past.