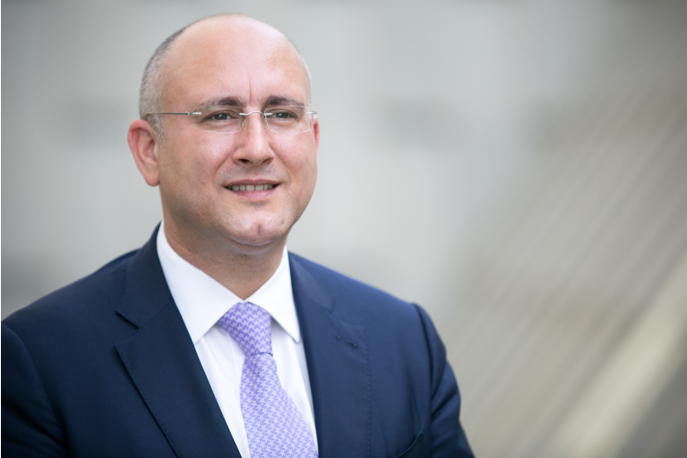 Arabian Gulf ‘IR patient zero’ on the growth of the role in the region, how IR differs in emerging markets and how a growing ‘trust deficit’ is impacting the role

Oliver Schutzmann is a veteran of IR in the Middle East with a career spanning two decades and encompassing everything from roles at Euromoney and The Economist to establishing the IR function at Dubai-headquartered SHUAA Capital. He also served as a founding board member and chairman of the Middle East IR Association where he devised the Certified Investor Relations Officer (CIRO) accreditation program. He is now co-founder and CEO of Dubai-based consultancy Iridium Advisors

1. What has been the biggest change in IR during the course of your career, and how has this shaped the IR profession?

Yesterday’s IROs were mainly communicators. A common theme across the industry was that growing pools of stakeholders required more and better information. Change to the IR function was linear.

Today’s IROs have deeper finance experience. Many hold CFAs and are much better prepared to explain their companies, industries and value drivers in analytical terms. Among other things, IROs are getting more involved in the financial planning process, business strategy and competitor intelligence.

Tomorrow’s IROs will not only be experienced communicators and finance professionals, but will also need to be equipped with deep knowledge about strategy, finance, M&A, sustainability, governance and risk management. On top of that they will need to know how to make sense of societal and economic changes in the world they live in. Going a step further, I believe the IRO will become more of a data scientist who leverages advances in machine learning and intelligent automation, finds data patterns or structures that are probabilistic, and understands how automated investment decisions and trading algorithms work. Change will become exponential.

2. What have been the most positive changes you have seen in investor relations?

IR is a much bigger deal than it used to be. The interesting implication here is that IR has proven its value to executives and shareholders alike, and it has taken on a broader set of management responsibilities. For many organizations, the classical description of IR is no longer valid. There is a constantly evolving convergence between IR and other corporate functions such as strategy, finance, M&A, compliance and communications.

This greater appreciation of the IR function has mirrored my own career path. When I first came to the Arabian Gulf region in 2006, I was ‘IR patient zero’ promoting the concept of international best practice IR. Today, there is a growing and maturing corpus of IR professionals and, as their influence and capability grows, the positive changes multiply.

3. What have been the most negative changes you have seen in IR?

The obvious would be attacks on truth and trust. When I started working in IR two decades ago, corporate disclosure was seen as fact. Today, it is more likely to be disbelieved. Major corporate scandals and ‘success theatre’ have contributed to this trend – and unfortunately a new issue seems to emerge every week, adding to this trust deficit.

The IR function has a central and critical role in addressing the trust deficit, and this role will continue to grow as understanding and capability of the function grows. It is in rebuilding trust that IR truly is a force for good.

4. What advice would you give someone coming into IR today?

My message for incoming IR professionals is clear: learn a lot about how to learn a lot. Your job will be unrecognizable in 10 years’ time, possibly even five, just as my job 10 years ago was very different from how it is today. You need to think about the future today because the number of people who will guide you is limited. By laying your own groundwork for tomorrow’s challenges, you can prepare yourself to lead from the front with a clear strategic vision, a solid mission and the right tools and mind-set to succeed.

5. How has technology changed IR as a job? Has this been for the better or worse?

The last generation of technological advances brought tremendous benefits – and challenges – to the IR profession. Whether that is relationship-management software, automation of certain tasks or bringing a new professionalism and science to investor communications, elements that we now take for granted, such as the huge advances in websites, were not always there.

The technology we are all familiar with today has evolved over the past 15-20 years, and we are at the early stages of the next chapter of technology development. If there is one thing we can be certain of, it is that more dramatic technology change is coming – and coming very soon.

6. What change or changes would you like to see in IR, and why?

We operate in an emerging market, so the changes we would like to see are probably quite different from those in developed markets.

At one end of the scale, there are organizations that are best characterized as IR-guided: they fully recognize the importance of IR for their business success and assign ownership at top management level. Then there are companies that are IR-emerging, which expect IR to become increasingly important over time but have yet to establish clear ownership and direction. At the other end of the scale, there are still IR-agnostic companies that do not consider IR to be an important factor in their business success, and do not intend to engage with the investment community at all.

Naturally, we would like to see more companies become IR-guided and their corporate cultures adopt some of the practices and principles of IR excellence: truth, transparency, governance, accountability and credibility. It will happen, but we would like to see it happen more quickly.

7. What do you envisage as the most important change the IR industry will face in the future, and why?

During the past three decades or so, the IR profession has gone through three waves:  institutionalization, globalization and digitalization. Right now, however, we are seeing the emergence of a fourth wave, which is more of a tidal wave, that is best characterized as ‘perpetual disruption’.

Across all sectors and geographies, perpetual disruption is a state of constant change in which the world is far more volatile and unpredictable as risks arise from all angles. The cadence and intensity of boom-bust cycles will increase. And there will be a transformation of the economic and societal role of governments, corporations and financial institutions.

There are several causes for this, including geopolitical uncertainty, countries drowning in debt, economic risk, generational shifts and new business models resulting from technology advances.

Taking a step back, though, it is not clear exactly what all of this means and how much it will really matter to IR – whether perpetual disruption represents the emergence of a new generation of IROs on par with the focus shifting from communications to finance, or just a common thread of unprecedented challenges that run through, or underneath, everything we do.

8. What has been the most important advice you have been given in your career, and why?

‘If something is worth doing, it’s worth doing right.’ There is no in-between. Many IR efforts fail because they are not done properly or seen through. Great IR starts with a strategic goal, and works hard until the goal is achieved. There are no short cuts for managing a successful IR program.

9. And what has been the most over-rated?

Advice can never be over-rated – you can always learn. I learn as much from my children as I do from the latest Harvard Business Review.

10. How has the relationship with investors changed during your career?

The relationship between companies and investors has changed a lot, mainly because investors have become far more sophisticated. They are winning the technology arms race. They are more demanding and less patient. They have confidence in their investment decisions because of the role of science and technology in forming those decisions.

Also, there are far more potential destinations for investors’ capital – so companies that do not satisfy their demands will get left behind. If there is one prediction for IR professionals, it is that future investors will not be as tolerant with us as they have been in the past.

11. If you could pass on one IR lesson from your career, what would it be?

Trust is everything – in good times and bad. Even in tough times or when delivering negative news, a trust surplus can mitigate market reaction. A trust deficit will take years to redress.

12. How has regulation shaped the profession over the years?

One of the frameworks for thinking about regulation is that there exists an unwritten contract between seekers and providers of capital. The providers of capital have three simple requirements: first, they demand a return on investment. Second, they require information on what is being done with their money. Third, they want their investment to be liquid when needed.

The role of regulation is to enforce and underpin this contract, and to provide the conditions for these requirements to be met. But it is not that simple. The contract faces constant threats from many angles: the truth deficit, conflicts of interest and a host of other sources. The upshot is that increased regulation will be adopted in the quest for more openness, transparency and fair-dealing by issuers.

The continuing evolution of financial markets, as driven by regulators, has at its heart a call for business leaders to take the providers of capital more seriously, protect minority shareholder interests and remove conflicts of interest. Placing the investor at the nexus of the financial system is the endgame of regulation.

13. Has its impact been positive or negative?

If regulation had not evolved and grown, many companies would still be getting away with dishonesty and greed. The flipside to this has been additional work caused by the regulatory burden, which we all like to complain about. But it is necessary and vital to the evolution of the IR function.

Arguably, it is not all positive: global regulation, which claims cross-border jurisdiction, can lead to difficulties in frontier and emerging markets. Mifid II is a good example: it is so far advanced from local regulations in many markets that it can cause confusion and even create market inefficiencies. The IR industry has an important role in helping companies to adapt and thrive in this new regulatory environment.

14. How well has IR Magazine represented the industry over 30 years?

IR Magazine is a great source of information, always thought-provoking and interesting. It is really the only single source of specialist knowledge on the topic, consistently providing authoritative views on what is going on, and an important knowledge-sharing platform for the IR industry as a whole.

15. For you, what has been the most stand-out article to appear in IR Magazine over the years, and why?

A story appeared in 2013 titled Why are German companies so good at IR? It told a strong story very well: about how Germany was a latecomer to IR, but it took a scientific and practical approach to the discipline, adopting best practice and investing in the function. Today, German firms are over-represented in all IR awards, and German IROs are among the most sought-after in the world. A true rags-to-riches story in IR.