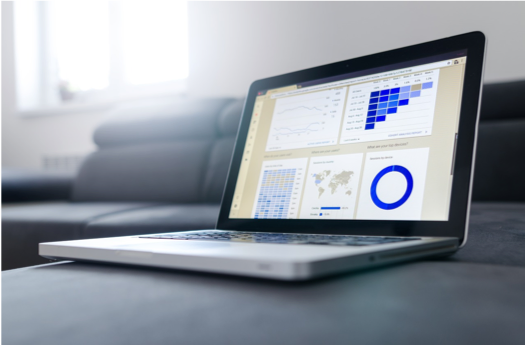 A battle for supremacy in the field of asset management has moved into a new phase, and it has implications for the whole investment value chain, including the investor relations function.

Central to the debate is the question of whether price-cutting strategies are a sign of strength, or a sign of weakness? In some industries, pricing flexibility is part of everyday business, while in others a refusal to drop prices has become a key to success.

Apple has shown how inelasticity of pricing can be a benefit: no other tech player is as inflexible as Apple when it comes to retail pricing, and the success of the strategy is evident. And yet in other sectors, prices change every day.

The travel industry has always used elasticity of pricing. Airlines are judged not only on the passenger load factor (how full their planes are), but also the yield (the margin made on how much each passenger is paying). Similarly, the hotel sector is judged not just on its occupancy rate (how full it is) but also on its average revenue per available room (RevPAR). The market knows that both industries can sell its product for a range of prices, and judges them accordingly.

As an example, try booking a one-week business class return flight from Dubai to London in February 2019. Then take a look at the fares on the same airline from Riyadh. It will cost you around 30% more to fly to London – even though the Dubai route requires more fuel to get there. (And, of course, these prices will continue to fluctuate right up until take-off, as the carrier makes adjustments based on load, yield, transfer traffic and other factors.)

The driver here, of course, is supply and demand. When demand is high, the airline can raise its prices to a level that the market will pay. When demand is low, and supply constant, the airline must attract new business through lower pricing. But it is the normality of price flexibility that is interesting.

Pricing remains a fundamental pillar of business strategy, and serves as a reminder to business leaders that customers still hold the whip hand over their destiny. Get your pricing wrong, and watch your market disappear.

Now investors are faced with a pricing scenario that has a direct impact on them. Fidelity, the US  asset manager with over $2 trillion under management, shocked the investment world this year when it slashed the cost of many of its index funds, and launched two zero-fee funds. From now on, investors can have access to the world’s blue chip investment stocks for free. Speculation is rife as to Fidelity’s strategy: is it to attract new customers with free funds to cross sell to them? Is the model to make the funds profitable by lending the stocks to short sellers? Or is there a bigger picture here that we are missing?

Price cutting has been a feature of the investment landscape for some time, of course. As index-based trackers have flourished along with the technology that automates their management and administration, firms have been able to cut costs and prices accordingly. And as the global bull run has extended further into record territory, investors have been able to ask tough questions and negotiate hard on pricing with stock-picking asset managers.

Price cutting creates pressure on market participants: The asset management industry is in the midst of a major round of consolidation, with firms merging to cut costs, leading inevitably to job losses. The pressure is reflected in their share prices, which have been consistently volatile for some years in the face of a hugely competitive marketplace.

Listed firms and their IR teams need to be aware of this environment, and to begin to plan for future scenarios in the new price-cutting world of asset management. Last week Morningstar data showed that Fidelity’s zero-fee funds have attracted inflows of $1.8 billion in a month, and its cut-price range has been the driver of net inflows of $6.6 billion into its US Open-Ended Funds in October.

While institutional fund managers are a long way off from providing fee-free services, the trend is one-way. Downward pressure on pricing will continue, and issuers face some unpredictable future scenarios.

Commentators ponder where the trend will end up: Index funds, ETFs and traditional active funds may be different products, but they face the same mounting price pressures— which Fidelity’s move both reflects and exacerbates.  Zero-fee funds are the logical conclusion in the price war we’ve seen over the past decade – and while it’s hard to envisage negative fees, where investors are getting paid to invest, the phenomenon of negative interest rates in Europe and Japan has meant that depositors are effectively paying to save.

Another look to the airline industry may be informative: low-cost carriers advertise their prices at loss-leader levels. But they return their businesses to profitability through add-ons, “hidden” charges, and relentless cost-cutting.

Asset managers are now faced with the equivalent of the low-cost airline aggressively entering the market. One of the costs that is already under pressure is analyst coverage. Listed companies whose IR disclosures are anything less than easily accessible, straightforward, timely and transparent will find that buy-side and sell-side analysts simply do not have the time to dig into their numbers for answers, and they will likely see less research coverage and possible valuation downgrades.

The pricing dynamics of the asset management industry means that Boardrooms must decide if their Investor Relations is airborne and heading to its destination, or whether they are stuck on the runway.