The End Of The Beginning For GCC Equity Markets 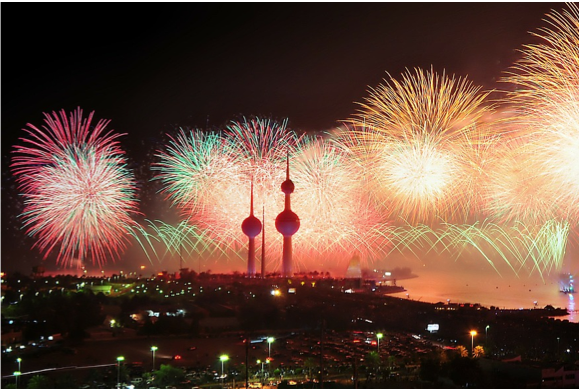 There was a distinct feeling of déjà vu in the region last week, as it was announced that Kuwait will be upgraded from Frontier to Emerging Market by MSCI next year.

Like Saudi, Qatar and the UAE, the announcement was met with great excitement and positivity. Analysts and investors cheered the wall of index-tracking dollars which will flow into Kuwaiti stocks. Congratulations were heaped on Boursa Kuwait and the market regulators for putting the infrastructure in place to enable the upgrade. Companies celebrated joining the index and reaping the rewards of inclusion.

And yet Index inclusion carries risk, as well as reward. And as the GCC representation in the Index reaches a critical mass, these risks need to be surfaced and addressed, since they carry implications for all the GCC’s equity markets.

Kuwait was the largest constituent of the Frontier Market Index: representing around 30% of the index, Kuwait was a big fish in the small pond of frontier markets. This meant that Kuwait commanded investor attention, benefited from index trackers being obliged to own its companies, and also compared very favourably to some of the more racy market constituents at the edges of the regulatory and disclosure curve.

In the EM Index, the story will be very different. Kuwait will comprise 0.62% of the index. It will join market giants such as China, India, Brazil, South Korea and Taiwan. And its companies will be competing for investor attention with Tencent, Alibaba, Vale and Samsung. While it is predicted that some $2.8 billion will flow into Kuwaiti stocks, it is no longer a big fish in a small pond.

That is not necessarily all bad news: investors are increasingly interested in the Middle East, and Kuwait has a strong story to tell among its GCC peers. It has the lowest cost of oil production of any GCC member, which in turn has blessed Kuwait with the best fiscal balances in the region. As a small country sitting on abundant, easy-to-reach oil, Kuwait is a rich and successful nation at the macro-economic level.

But hydrocarbon wealth alone will not attract global investors. As the UAE has learned, index inclusion is no direct route to market gains. Indeed, for an investor sitting in Boston or London or Singapore, the GCC markets look very similar, and without differentiation they are likely to choose the deepest and most liquid for exposure, and that means Saudi Arabia. Kuwait, UAE and Qatar will have to bring something extra to their stories if they are to compete for the attention of these truly global investors.

And that brings us to the end of the beginning.

Four out of six GCC countries are now on the radar screen of global emerging market investors. However, for the majority of the listed companies it is still only the beginning. Some listed firms in Saudi, Qatar and UAE have raised their game in terms of investor engagement, disclosure levels and pro-active management access. Others, the majority, have not. After the index reclassification, Kuwaiti firms join them. How they will respond to challenges of index inclusion remains to be seen. Doubtless some will raise the standard of their investor relations. Doubtless others will not.

But all should be aware of the cold hard facts. Yes, investors are more familiar with the Middle East story. Yes, the region remains a strong oil story. But the region also suffers from a homogeneity of investor perception, a similarity of all markets, which means discretionary investors are unlikely to make the effort to uncover the next Tencent or Alibaba in the Gulf – particularly if they struggle to gather the information to confirm or discredit their investment ideas easily. Instead, they will follow the path of least resistance, and get exposure to the oil story by picking the largest stocks in the most liquid market.

Of course the index-trackers are obliged to hold all markets in proportion to the index, which will benefit all listed firms. But the active funds will discriminate, and they are likely to discriminate first and most against companies that do not provide meaningful disclosure or limited management access. And this is true for all companies in all markets.

Some firms in Qatar, UAE and Saudi have risen admirably to the challenge, investing in their IR capabilities, taking the strategic decision to take IR seriously, and the results are already apparent in their share price outperformance and their success in attracting international funds to their shareholder registers.

For listed companies in Kuwait, the same challenge now emerges. It will be fascinating to see which companies rise to the challenge – and which do not.