The High Risk Strategy of Paying Lip Service to ESG 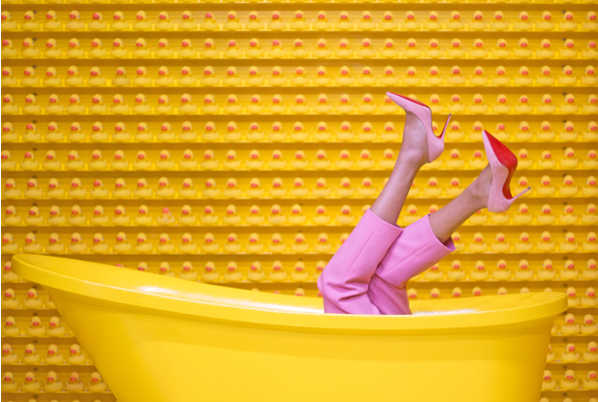 A story from the UK has revealed the high stakes involved for companies that make ESG central to their investment case, but then fail to “walk the walk”.

Boohoo Group is a “fast fashion” retailer, trading under brands which include boohoo, Nasty Gal and Pretty Little Thing. Its business model has made it a darling of investors: the company uploads many different fashion lines, with only a few hundred items of each kept in stock. Using sophisticated technology, it then analyses sales patterns to predict with uncanny accuracy which will be popular and manufactures these lines in bulk. The upshot is low waste, low inventory, higher margins and satisfied customers.

Its share price had more than doubled in two years, and the sky seemed the limit.

Then, on 5th July, the Sunday Times ran a splash feature about Boohoo Group. An undercover reporter revealed that factory workers toiling in sweatshop conditions, were paid less than half the national minimum wage. Workers were not allowed to observe social distancing. Leicester, where the factory is based, is at the heart of a second spike of coronavirus cases and has been put into localized lockdown by the authorities. Boohoo was being charged with not only mistreating the workers in its supply chain, but with fueling a second spike in coronavirus.

The revelations in the article contravened many of the stated policies in Boohoo’s Supplier Code of Conduct. Here was a company that seemed to be saying one thing, and doing the opposite.

The market punished boohoo in the days following the report: its shares are down by over 40% by the end of last week, and the media was digging into other areas of its business that might be sensitive: the large shareholding of the family founders, the enormous potential rewards they stand to make should share price targets be met, and the ethical correctness of the whole “fast fashion” industry that boohoo operates in.

The company responded that it did not know the manufacturer involved and had no idea how it had entered the supply chain. It pledged to investigate, hired a leading lawyer to head the inquiry, and earmarked £10 million for the investigation.

A substantial amount of boohoo stock is owned by funds that profess to invest on ESG guidelines. Typical of these is Aberdeen Standard Investments (ASI), which states on its website that it “requests that the boards and executive teams of our investee companies...prioritise the health, safety and wellbeing of all employees as a key strategic aim. This includes providing a working environment that sustains both the physical and mental health of employees.”

ASI holds Boohoo stock in several of its funds. In a statement, it said that it had been engaging with the company on its supply chain management and would be speaking to management to “understand what action they are taking in response”. By the end of the week, the results of that consultation were clear: Aberdeen Standard had dumped its entire holding of boohoo.

Other shareholders were more forgiving, with several offering support to the management remediation plans. But the overall impact of the revelations was devastating: Two weeks after the initial revelations, the company is worth £2.12 billion less than it was in June.

In addition to shareholder action, the company was attacked by its distributors: Next, Zalando and other online platforms de-listed its wares because of the scandal, saying they would assess the situation and any management action taken before returning Boohoo to their websites.

Competitor companies in the “fast fashion” business also took the opportunity to demonstrate more praiseworthy behaviour in light of the Boohoo allegations – a clear case of ESG credentials being used as a competitive differentiator.

ASOS, for example, another online fashion retailer, has dropped a slew of suppliers after unearthing health, safety and human rights threats. ASOS inspectors had found a series of breaches at roughly a quarter of its suppliers, including some sites in the UK. Since then, ASOS has ditched several factories.

The attacks faced by boohoo come from all sides: the media, who sniff a good story; investors, who need to protect their ESG credentials; distributors, who do not wish to be tainted by the scandal; and competitors, who perceive a chance to gain an advantage.

Which leaves the final highly influential stakeholder group: Boohoo’s customers. It is too early to say whether the scandal has been noticed by the teenagers who make up most of Boohoo’s customer base. But the company must know that this body of engaged Generation Z digital natives, for whom climate change and human rights are the most important factors guiding their buying choices, will be extremely hard to win back should they be lost.

The story of Boohoo is still playing out. But it shows that when ESG considerations are not taken seriously, when companies talk the talk but fail to walk the walk, it can result in a perfect storm of attacks, from investors, peers, competitors and customers.

Anyone who thought that ESG compliance was a tick box exercise would do well to consider Boohoo.