The Relentless Rise of Indices 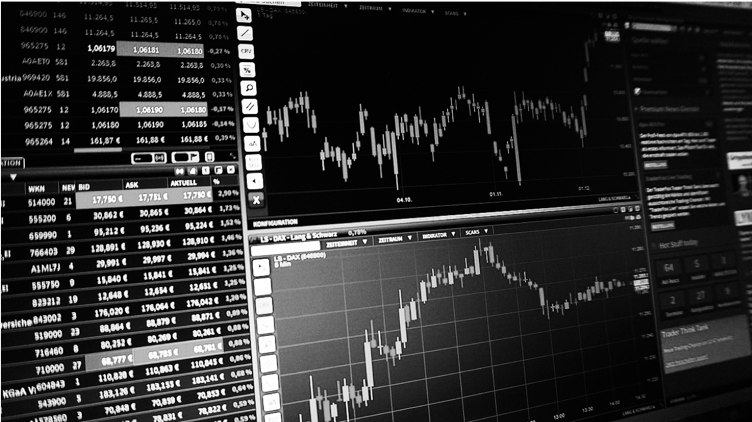 Although the world’s first Index, the Dow Jones Industrial Average (DJIA), was created in 1896, it was not until 1973 that the first institutional index fund appeared.

Growth of indices remained slow and, while they were of interest to institutions, their appeal remained limited to specialists. But recent years have seen staggering growth in both the number of indices that exist and the volume of capital that tracks them. Exchange-traded funds (ETFs) only appeared in 1989, and the first fixed-income ETF wasn’t sighted until 2002. Yet today, more than $5 tn is invested in ETFs. EY estimates this will rise to $7.6 tn by 2020.

The Index Industry Association calculates there are 3.7 mn investible indices, and that 438,000 new ones were added in 2018. This tsunami of indices carries a strong message for listed firms and debt issuers, a message they cannot ignore: IR strategies need to accommodate indices in addition to active investors. Indeed, there is an argument for indices to take up a greater share of IR thinking and activity than active investors.

Much media coverage and excitement was generated earlier this year at news that two major Gulf Cooperation Council (GCC) markets will be graduating from frontier to emerging market status. But how much do GCC-listed firms actually understand about indices? What do they know about the rapidly increasing universe of index investing? And are any of them actively managing the interests of index funds?

The first thing to understand is that indices are so much more than simply stock market trackers. While these remain important (the S&P 500 is the most-followed index in the world), the number of bourse-related indices fell by 3 percent in 2017, while the absolute number grew. This is an indication of the increasing sophistication of indices, and the increasingly specialized benchmarks they track.

While equity market-following indices are declining, the fastest-growing segment are those created to cover securities from an ESG angle. In a 2017 report, titled ‘From ‘why’ to ‘why not’: Sustainable investing as the new normal’, McKinsey estimates that more than a quarter of all professionally managed assets are invested in securities that follow ESG guidelines.

The growing number of indices, and the growing asset allocation to them, also masks another highly significant trend: indices are critical to the performance of active managers, too. Typically, active managers charge higher fees because they promise to outperform certain benchmarks. And these benchmarks are – you guessed it – indices. The fact that only half of actives ever outperform is one reason for the increasing clamor for fund managers to reduce their fees, and for the growing interest in indices.

The fallout from the relentless rise of the indices has been dramatic. As the choice of indices available has mushroomed to satisfy even the most esoteric investor demand, the pressure on stock-picking actives has grown almost unbearable. Asset managers have merged to cut costs, headcount and other cost bases are being ruthlessly managed, and downward price pressure has become a daily occurrence for even the biggest and most successful (Fidelity introduced its first 0 percent fee fund earlier this year).

Another development has been the ‘if you can’t beat them, join them’ defense. Active managers have not only established their own indices, but also invented ‘factor investing’ and ‘smart beta’, strategies that seek to replicate the low cost of the index with the potentially high returns of the active manager. Both have grown rapidly and today command many trillions of assets under management. But with growth comes questions. Investors are querying the relatively high cost of these ‘active passives’ and once again demanding that the investment industry provide solid products at minimal cost.

We are at an inflection point, as passive investment strategies approach parity with active, and as index-based investing becomes as sophisticated as active management. Game theory suggests there will be one winner and one loser, but the investment world doesn’t work like that. There is room for many players and many strategies.

Come what may, however, issuers need to understand the golden rules of the successful index and adapt their IR engagement models to meet them.

The rules governing the construction of an index – for example, the rules relating to the weighting of individual index constituents and the method used to calculate index returns – should be clear and unambiguous. This clarity should also extend to the process used for additions to and withdrawals from the index. To this end, all responsible index compilers should make the index methodology for their indices accessible to clients on their websites.

For an equity market-based index like the DJIA, this is straightforward: the exchange publishes and verifies the data on which the index is based. For more exotic indices – ESG, for example – it is more problematic. How do you compare the carbon footprint of a bank with a retailer, for example? Data integrity is something issuers will need to become more actively involved in providing to ensure inclusion in the most important indices.

But while these rules are straightforward to adhere to in developed markets, they appear to be more problematic in emerging markets. Perhaps the biggest threat to the index providers is the charge that they are breaking their own rules of transparency. Nobody yet knows exactly which Saudi or Kuwaiti stocks will be included in the emerging markets indices and what their exact weightings will be; and the index compilers have not yet been fully transparent in explaining the criteria for the exceptions they can make. This poses a problem for management: how should they position their IR strategies if they don’t know exactly whether or not their companies are included in the index?

The rules are there to be obeyed, and index compilers must ensure they deal even-handedly with all market participants, otherwise they risk creating an information imbalance between investors and index constituents.

But perhaps the best indicator of the phenomenon of the indices is the share price performance of the index compiler MSCI. Since the financial crisis in October 2008, MSCI’s stock has climbed 1,143 percent, compared with the S&P 500’s 158 percent gain over that period.

Clearly, investors see a future in indices. Corporates should be able to see it, too.